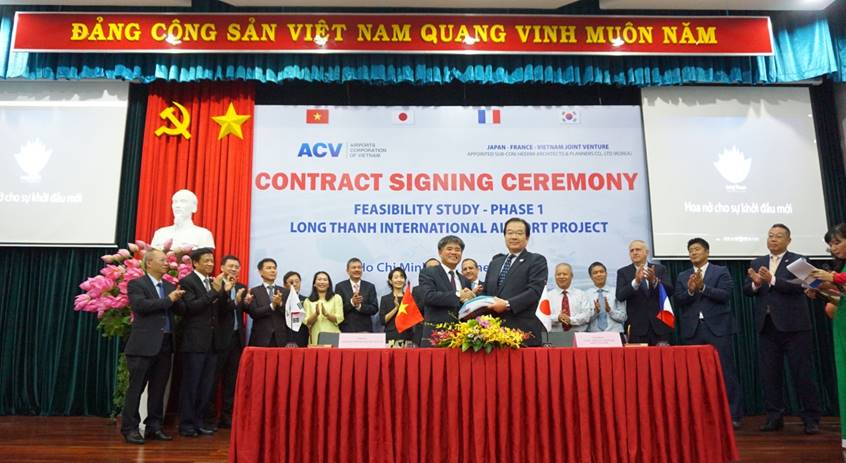 The contract was signed between Mr. Le Manh Hung, General Director of ACV and the representatives of JFV Joint Venture under the witness of the Ministry of Transport representatives and official guests.

Long Thanh International Airport is planned to reach grade 4F of the International Civil Aviation Organization (ICAO) criteria; is an important national airport with the aim of becoming one of the regional hub of aviation, in which anticipated scale and capacity after completing all three stages would reach 100 million passengers per year and five million tons of cargo per year. Currently, at Phase 1, ACV will concentrate on constructing one runway, a passenger terminal with a capacity of 25 million passengers per year, a cargo terminal of 1.2 million tons of cargo per year together with other auxiliary items. 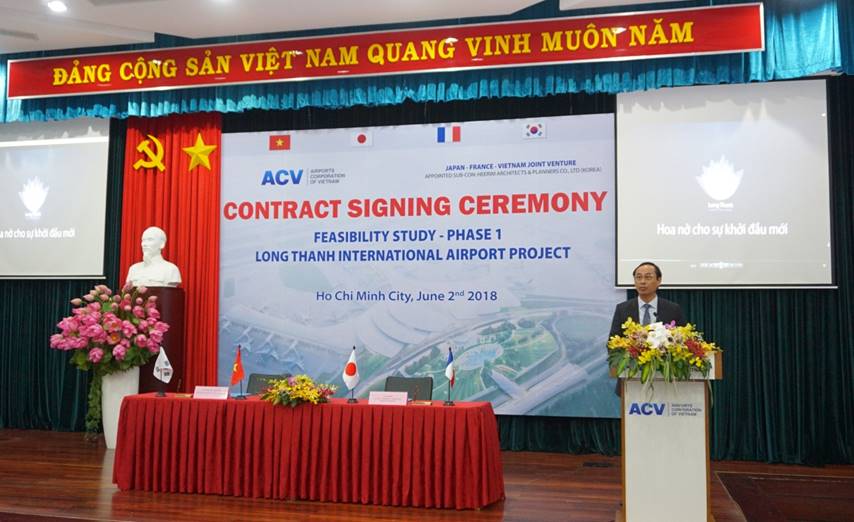 Mr. Le Dinh Tho, Deputy Minister of Ministry of Transport delivered a speech at the signing ceremony

Deputy Minister Le Dinh Tho highly appreciated the efforts, initiative, and responsibility of leaders and staff of ACV in this project.

Heerim Architects & Planners is encouraged to collaborate with JFV Joint Venture in order to materialize the design ideas in accordance with the agreement with the Consultant and the Investor.

Accordingly, ACV would take an initiative to direct the Consultant to complete the Feasibility Study Report in compliance with quality standards for submission to the Government and National Assembly on schedule for approval in the meeting at the end of 2019. In addition, Mr. Le Dinh Tho also requested Civil Aviation Authority of Vietnam and the Ministry staff to continuously coordinate and support ACV to accomplish the mission successfully. 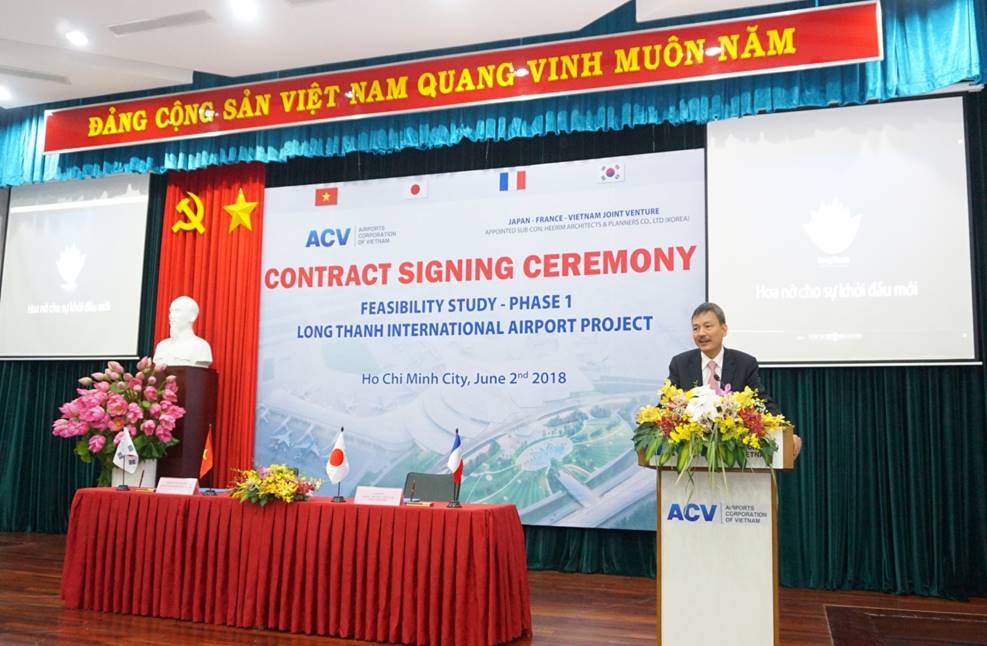 Mr. Lai Xuan Thanh pointed out that owing to the importance of the project, ACV has been urgently preparing the investment focusing on consulting and establishing the Feasibility Study Report- phase 1. Under the direction of the Government and the Ministry of Transport, the selection of the Passenger Terminal architecture was conducted through an architecture design competition to find out the best option meeting the standards of function, aesthetics, culture and architecture in order to express the significance and special characteristics of the largest international airport of the country. On 21st March 2018, after nearly two years of competition process, public consultation and Passenger Terminal architecture selection, under the authorization of the Prime Minister, Ministry of Transport chose the LT-03 (Lotus) option by Heerim Architects & Planners to carry out the next steps of the project. 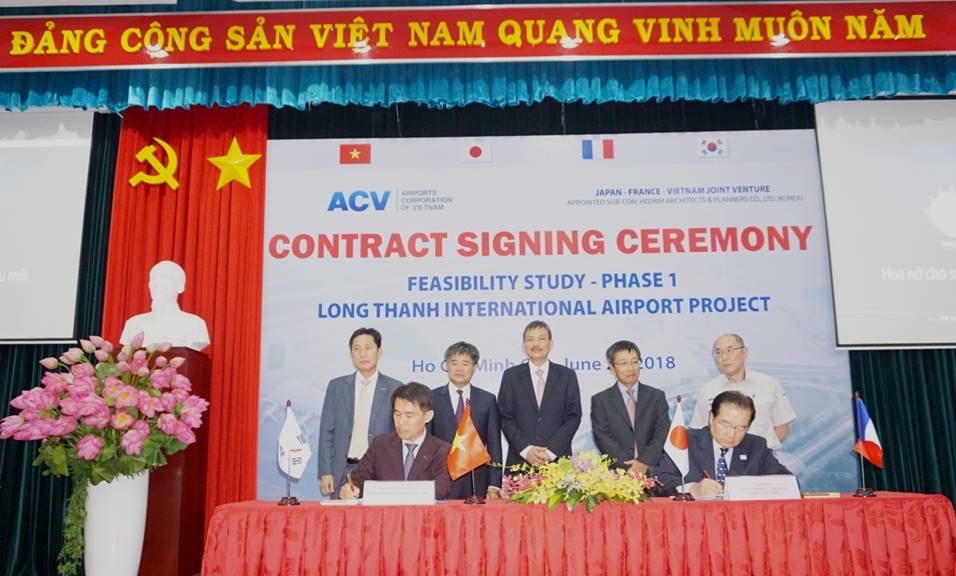 ACV is committed to provide the best favorable conditions for contractors to complete their task as well as carry out the next steps of the project in line with the direction of the Ministry of Transport: Submitting the Ministry of Transport the Feasibility Study Report in July 2019 in order to report the Government for submission to the National Assembly for approval at the October 2019 meeting; Long Thanh International Airport construction can be started by the end of 2020, putting into operation by 2025 under the direction of the Government and the National Assembly.